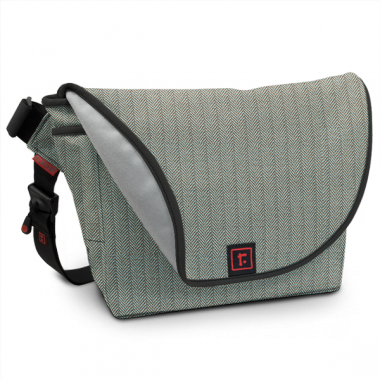 Can you be new and improved if you’re a new company?  Well Rickshaw Bagworks has improved upon all other bag designs with their lineup of products straight out of San Francisco, California.   Apple headquarters and the geniuses in Silicon Valley who dreamed up the iPad aren’t too far away… maybe that’s why they’re so good.  The Messenger Bag for iPad 2 is made from scratch and only weighs 16 ounces (which is also known as 1 pound).  It’s not just a bag, it’s something you’ll get attached too…like in a pet kind of way.  Now go to their website and buy a new “pet bag”.  You surely won’t regret it.  The Earl Grey Performance Tweed version shown above is $90.00…or design your own.  It’s up to you.